Call Us Email Us

Print
A recent article on the Mintel website by Ophelie Buchet reported on 5 surprising trends in the food and drink industry that went “viral” during recent lockdowns. As a result of people spending more time at home, home cooking increased along with an increase in the adoption of the social media platform Tik Tok where users began sharing videos and images of their cooking. Mintel revealed that more than four in ten UK consumers have bought food/drink products after seeing influencers use/recommend them on social media.

The report suggests that there is an opportunity for food and drink brands to target some of the food and drink trends brought to life on platforms like TikTok.

Mintel are one of the world’s leading market intelligence agency, with offices around the world. They provide data, market research, market analysis, competitive intelligence and product intelligence. They combine this information to provide insights and recommendations to interested parties.

Dalgona Coffee became popular early in the pandemic. Consumers were looking for new ways to reproduce restaurant-style coffee at home. The drink, named after the Korean sugar candy ‘dalgona’ popular in the 70s and 80s,could be made at home with a few simple ingredients – instant coffee, sugar,  hot water and milk. It became popular on a Korean cooking show. Following the show, a popular You Tuber began a “quarantine coffee challenge” and the challenge has more than 12.2 million views, and the #dalgonacoffee hashtag on TikTok has 450.9 million views to date. 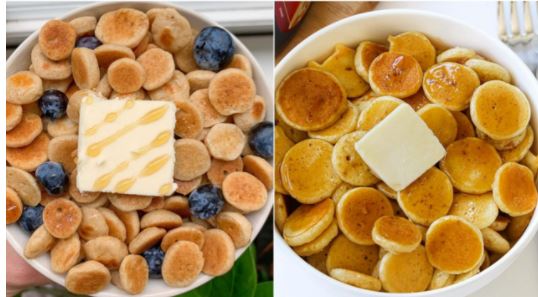 The appeal of taking on an intricate food project has been growing throughout the pandemic and could continue to do so soon. For example, Mintel research shows that half of Spanish consumers say they will want to make more home-cooked meals after COVID-19.

The viral trend for miniature cereals illustrates the appetite for creative cooking as millions of TikTokers are inspired to make their own version of the #pancakecereal (which now has 1.6bn views on the platform). Miniature food relates to a cornerstone of Japanese pop culture that has spread globally: Kawaii, which loosely translates to “cute” and demonstrates that smaller versions of everything make people happy. 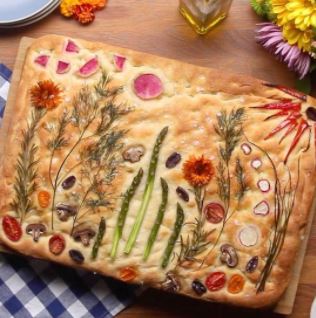 Gardenscape Focaccia is another viral food trend on social media that is helping people to be creative with their cooking/baking, while encouraging them to share the results of their visually enticing recipes with their communities.  The use of Italian focaccia as a base for creativity was popularised by Samin Nosrat on her Salt, Fat, Acid, Heat show on Netflix. Culinary artists on Instagram, Reddit, Pinterest and TikTok are taking this to the next level, using the thick, oil-based Italian bread as a canvas to paint floral scenes using herbs and vegetables. The gardenscape focaccia trend aligns well with Mintel’s “Eat with your eyes” trend and its recent progression beyond novelty colour.

Indulge in the visual appeal and light texture of Cloud Bread 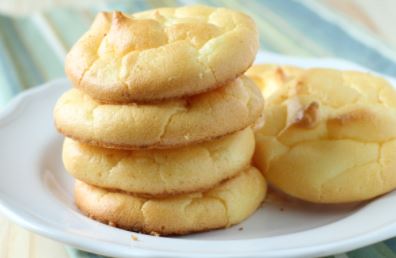 The original recipe first gained popularity in the 1970s as part of the low-carb, high-protein Atkins diet, reports the Kitchn. Cloud Bread became viral again in July 2020 in the midst of the pandemic as a treat that is simple to make (only three ingredients), healthy as well as visually appealing and customizable. Cloud Bread also appeals to consumers’ needs for multi-sensory experiences through food, highlighted in Mintel’s 2021 Food & Drink Trend, Feed the mind. Abi Hwang-Nable (@abimhn), who amassed 4.5 million likes on her baking demo, said her favourite part of the bread is that it “dissolves like cotton candy” in your mouth. 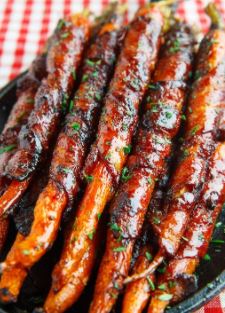 The link between COVID-19 and existing poor health conditions has influenced consumers’ intentions to eat more nutritious diets. Veganuary 2021 was the biggest yet since the campaign first launched in 2014, with over 500,000 people officially signing up for the 31-day vegan challenge. The interest in vegan diets has boomed because of health reasons but the climate crisis is also raising growing concerns, especially amongst younger consumers.

Bacon carrot became viral on TikTok as actress and vegan food fanatic Tabitha Brown shared her recipe of how to make crispy ‘bacon’ using just a handful of ingredients.

All these trends point to new habits consumers are forming during the pandemic and that will stay in the future: the interest to indulge in multi-sensory food experiences at home as well as the willingness to experiment with sustainable recipes.

This website uses cookies to improve your experience while you navigate through the website. Out of these, the cookies that are categorized as necessary are stored on your browser as they are essential for the working of basic functionalities of the website. We also use third-party cookies that help us analyze and understand how you use this website. These cookies will be stored in your browser only with your consent. You also have the option to opt-out of these cookies. But opting out of some of these cookies may affect your browsing experience.
Necessary Always Enabled
Necessary cookies are absolutely essential for the website to function properly. This category only includes cookies that ensures basic functionalities and security features of the website. These cookies do not store any personal information.
Non-necessary
SAVE & ACCEPT